In the current context where Australians will have to decide on the same-sex marriage topic that divides them, The Space Between Us reflects a queer perspective in a desire for emancipation as a collective reflection.

Using the working men environment props in his compositions such as pink builder line or bunting banner pink triangle flags. The pink triangle also represents the Act-Up gay rights symbol (30 years anniversary in 2017) which was originally rendered in pink and used pointed downward on a Nazi concentration camp badge to denote homosexual men.

It is the double meaning and the confusion that can be hidden behind these compositions that interest the artist. Stigmatisation or the way in which imagery elevates the status of individuals as well as the bounderies of  what is normal or abnormal, acceptable or unacceptable in our collective memories.

Recurrent in Christophe Canato’s work, it is also a demonstration of the power of staging the male body in order to deliver physical and emotional compositions such as idolatry, leadership, fantasies, grotesqueness or oppressiveness. 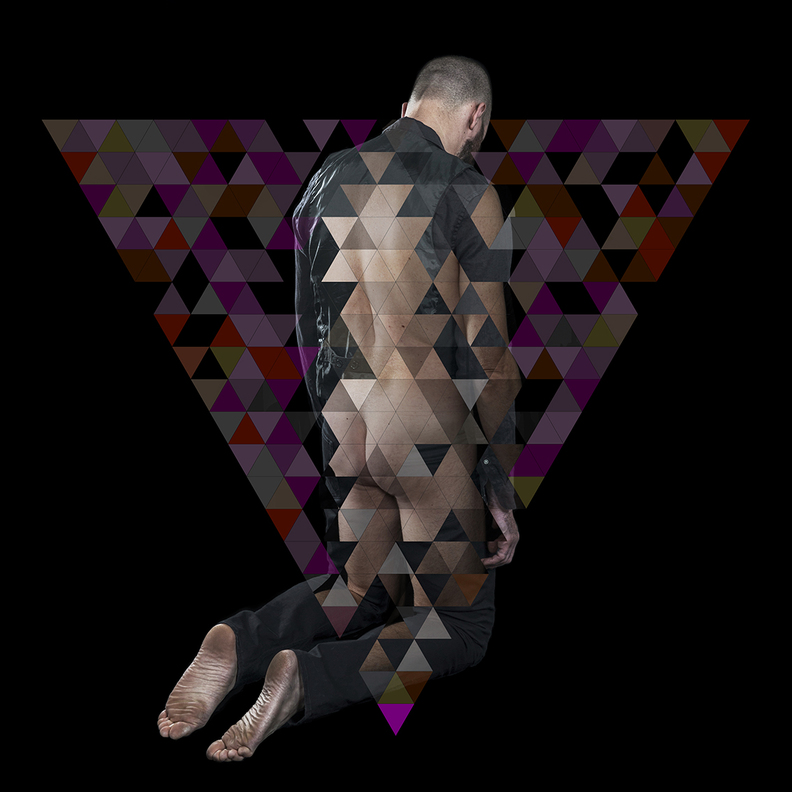