Christophe Canato takes us on a journey into the concept of the Anima in his extraordinary new body of photographic works.  Like Jean Cocteau in his 1946 film La Belle et la Bête (Beauty and the Beast) he evokes a sense of magic, mystery, dread, anxiety, and beauty. He is the master of transformation. Objects are made alien, disruptive, strange, and when liberated from quotidian reality, they stimulate multivalent readings. Each new image, every fantastical combination, is a revelation as Canato, like Cocteau before him, juxtaposes, reflects, and echoes possible relationships, inferences, allusions. Everyday objects become triggers that re-activate our imagination and open a portal into our subconscious.

Whether consciously or unconsciously, Canato references Cocteau’sexploration of the duality between beauty and ugliness and how we perceive and react when confronted by both. His Anima#1 is a strong and resolute blue figure, assertive in a field of gold, who eerily resembles Cocteau’s Beast. Camouflaged under carefully coiffed hair, with only his vibrantly red lips visible through that mask, he is both the epitome of strength and beauty yet but also possessed of an awkward vulnerability.  Without eye contact, his head slightly bowed, we cannot help but wonder if he is a reincarnation of Cocteau’s tragic hero?

For Carl Gustav Jung this duality is echoed within each of us; every man needing to reconcile his unconscious feminine persona (his Anima) and every woman her male Animus. Acknowledgement, realisation and acceptance enables every human being to achieve balance and unity to become a complete person. Canato in each photograph plays out variations on this theme of dichotomy and acceptance, of strength and vulnerability, of masculinity and femininity. A stiletto heel on a geometric carpet, cascading locks of hair, exotic fruits, prostheses, a fifties headdress, they all become triggers that take our imagination into new territory.

Cocteau and his cinematographer Henri Alëkan presented the dichotomy of attraction/repulsion in their revelation of the Beast from his initially terrifying visage to the slowly morphed image of generosity, love, and kindness. Canato uses the photographic medium to undertake a similar journey toward understanding and acceptance. Through the use of sumptuous colour and everyday props we are guided to embrace these images of masculinity in transition, a process of evolution that is literally shrouded in hair. Hair is of course the most complicated of triggers, it’s meanings so various and at times contradictory. Canato alludes to Samson’s strength and Mary Magdalene’s reverence, to Rapunzel’s ingenuity, to shame, promiscuity, freedom and rebellion in these images and its presence in all underscores a complex duality.

In Anima #5the green figure peering out with one eye (Veronica Lake style) through dark locks is both threatening and alluring. The dark ambiance of the purple cacoon creates a mood of uncertainty, the gleaming eye, the hint of a mouth, the strength of his torso, urge caution. Yet the subject’s humanity is palpable and a connection, though limited, is made. Canato’s skill it to normalise and familiarise through his images to the point where this sense of identification, of understanding and empathy, generates powerful emotional impact.

Colour plays a central part in our reading of these photographs, in part because they establish another domain of existence, a space of hyperreality or ‘Surreality’.  Blue Avatars exist in another world, as do Krishna and Shiva, green people are mythical (the Hulk and Leprechauns), red devils live in hell, white figures are pure, virginal and found in heaven. They all live in a world wrought from imagination, in fairy tale and myth, a place in which the big questions of existence are answered, where our moral code is established.  Canato’s figures inhabit that ground, that space, in which to ponder, question, assert and test our sense of who we are and why we exist. Immediately on contact we know we must adjust our compass, re-calibrate and prepare for a challenge as we take on their codified powers and reconcile them with our lived experience.

But colour is also a sign of diversity, of Nelson Mandela’s ‘Rainbow Nation’ and Josephine Baker’s ‘Rainbow Tribe’.  Embracing colour, accepting the full range of human experience is another way in which Canato invites us to feel a part of this questioning process, to undermine notions of prejudice and exclusion. He encourages us to unite with all other humans while acknowledging the duality and diversity of our own personas.

Once reoriented through our contact with this body of work, Canato’s mythic allusions snap into focus. The elegant skewed torso, vulnerable and under attack is St Sebastian, but instead of arrows, he is attacked with words, with insults, barbs and abuse (Poofta, Deviant, Nancy Boy and more). This is the reality for so many young adolescents who are discovering their sexuality in a world without tolerance, understanding or acceptance. Cocteau’s Beast is reconfigured as a buff gym junky, vulnerable and anxious; the Magdalene uses her hair as a veil through which to view the threatening world beyond.  As soon as we identify St Sebastian, Cocteau’s Beast and Mary Magdalene, we cannot help but bring their cultural baggage into focus and absorb their story into our reading of these images, bringing richness and depth to our engagement.

Along with the Anima series, Canato also explores the unique case of Thomas Beattie, who transitioned in 1997 and became known as ‘the pregnant man’ when he gave birth to his first child in 2002. Canato’s Thomas, is rendered as a sallow green figure set adrift in an atmospheric yellow field, gently caressing his swelling belly. Here the physical and the psychological merge, the binary is obsolete the union and balance achieved. Nevertheless, it is a most unsettling image, full of tenderness but strangely alien. Like all the works in Anima it both seduces and disturbs. It is a fabrication, a wonderfully inventive reimagining of Thomas that poses so many questions. It is an image that provokes, niggles and disrupts.

This exhibition is a remarkable achievement. Each image is carefully wrought, a technical tour de force by a master of his craft.  As Jean Cocteau explained “Art is a lie that always speaks the truth” and in this group of works Christophe Canato presents us with a series of elegantly constructed truths that are impossible to ignore. 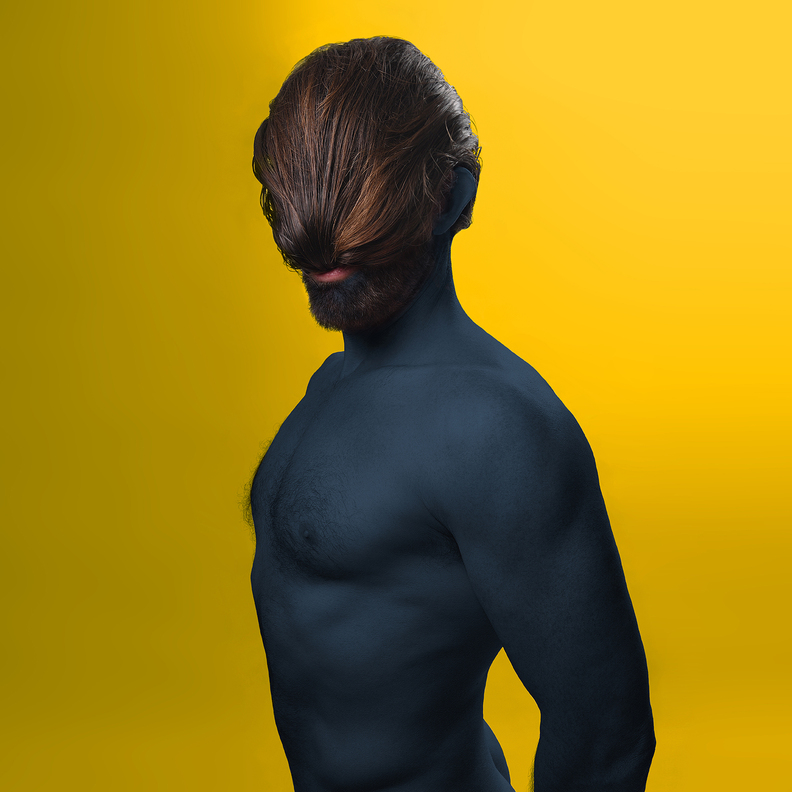 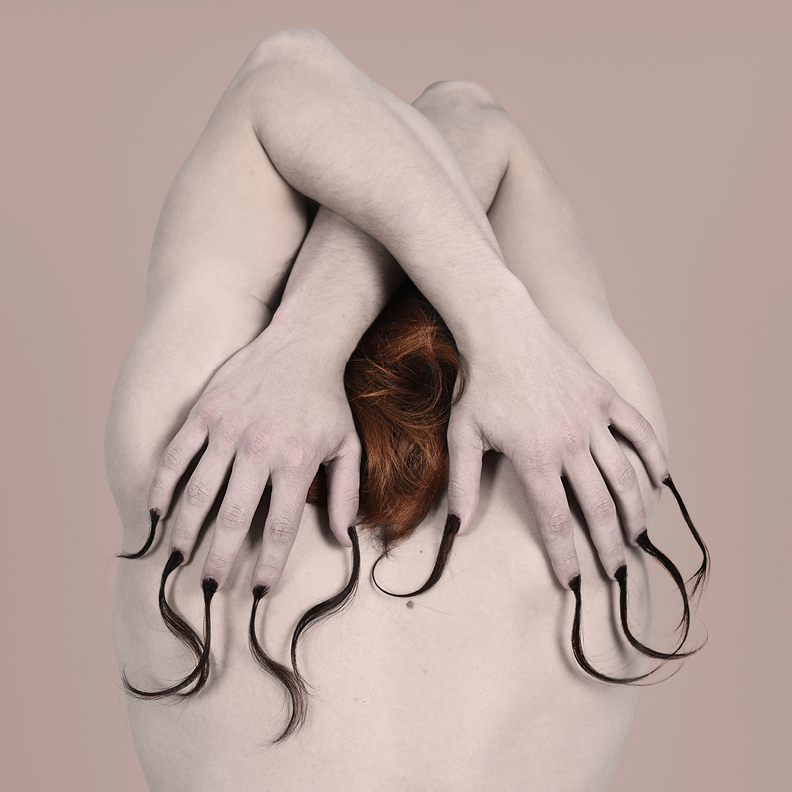 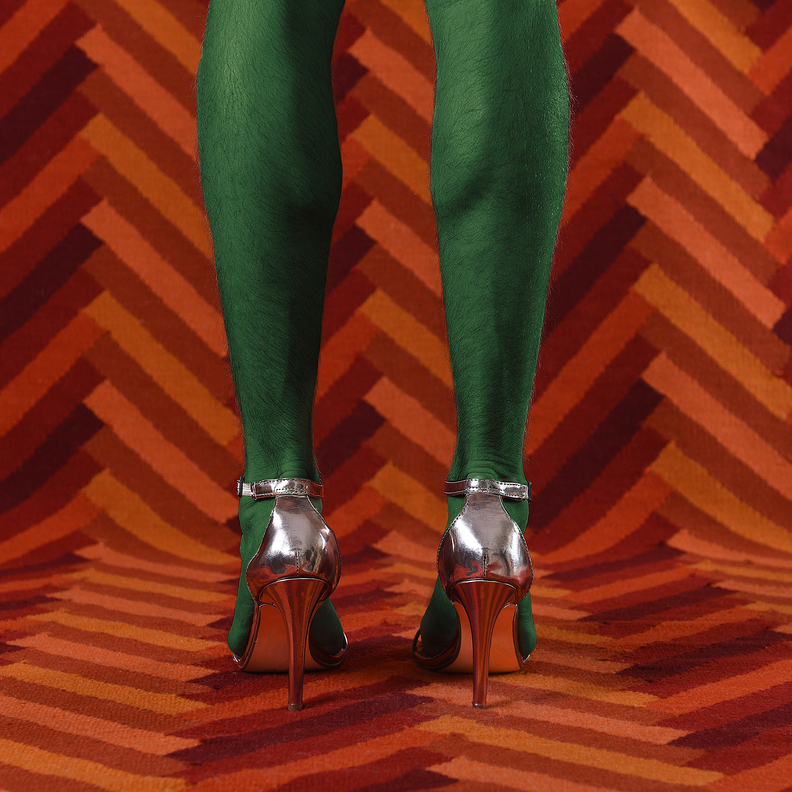 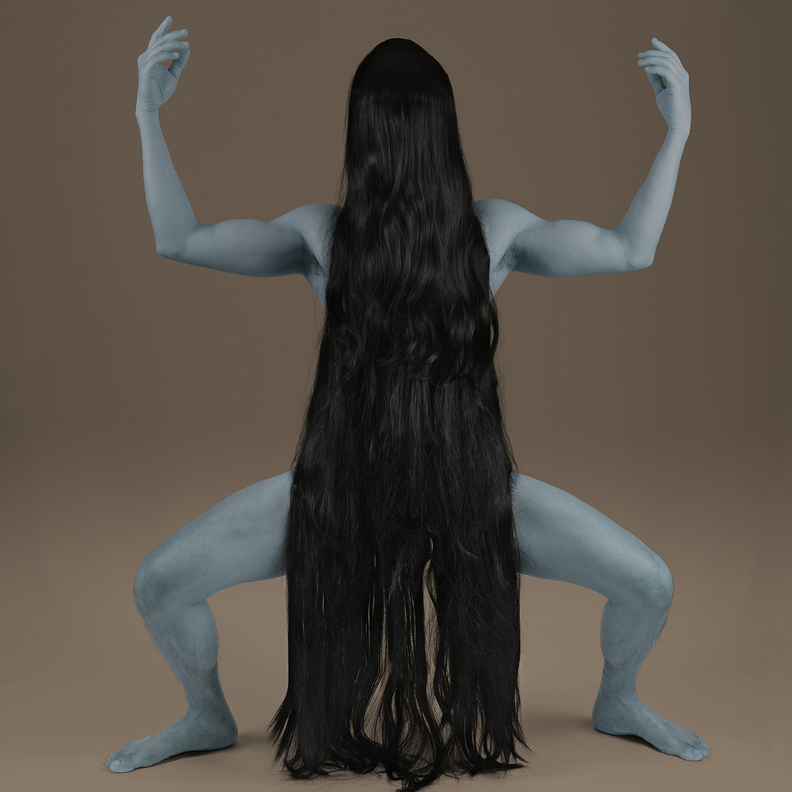 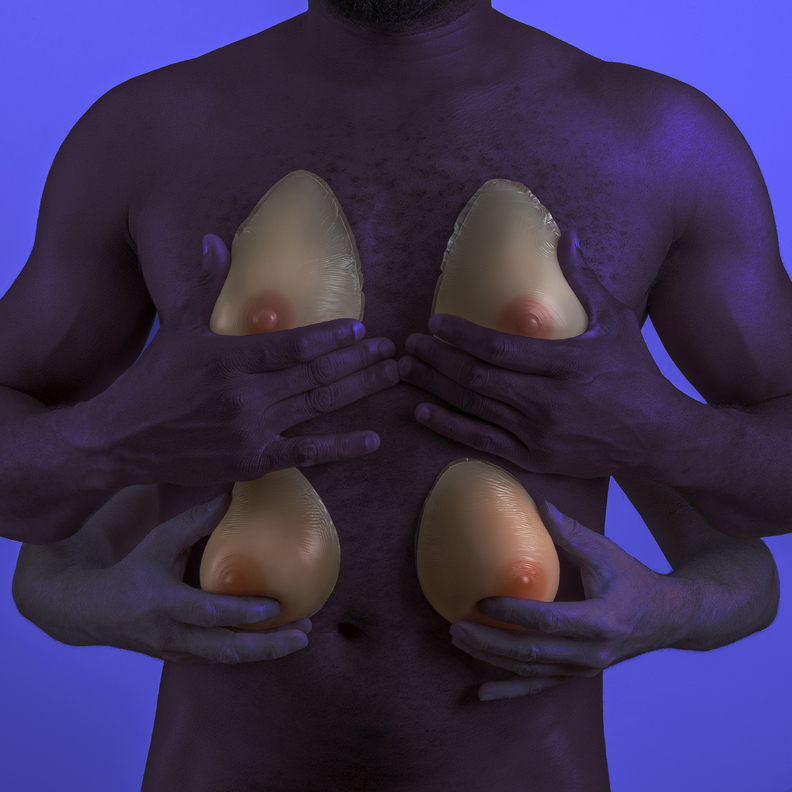 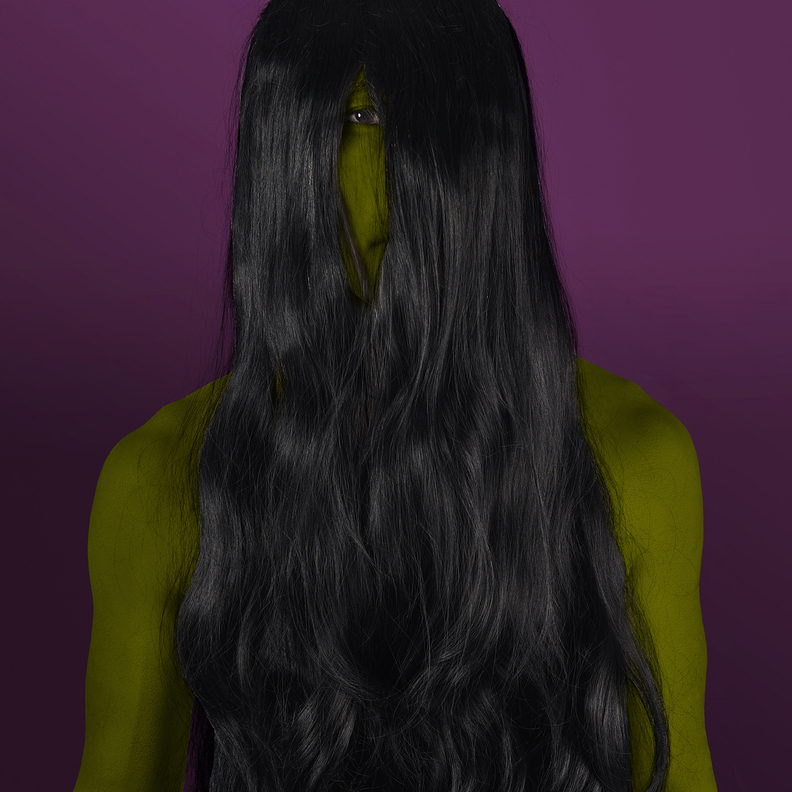 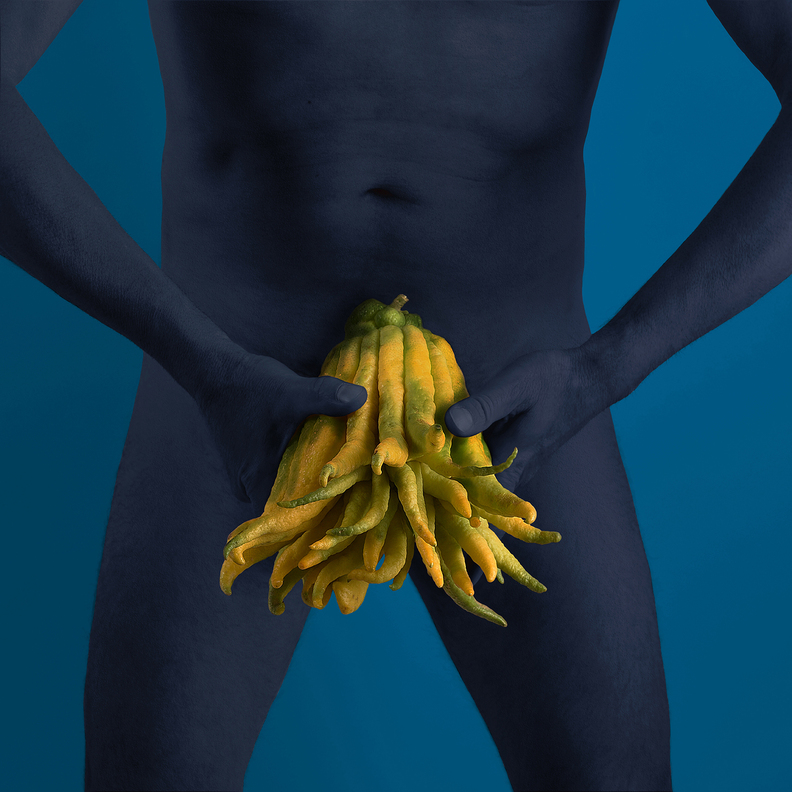 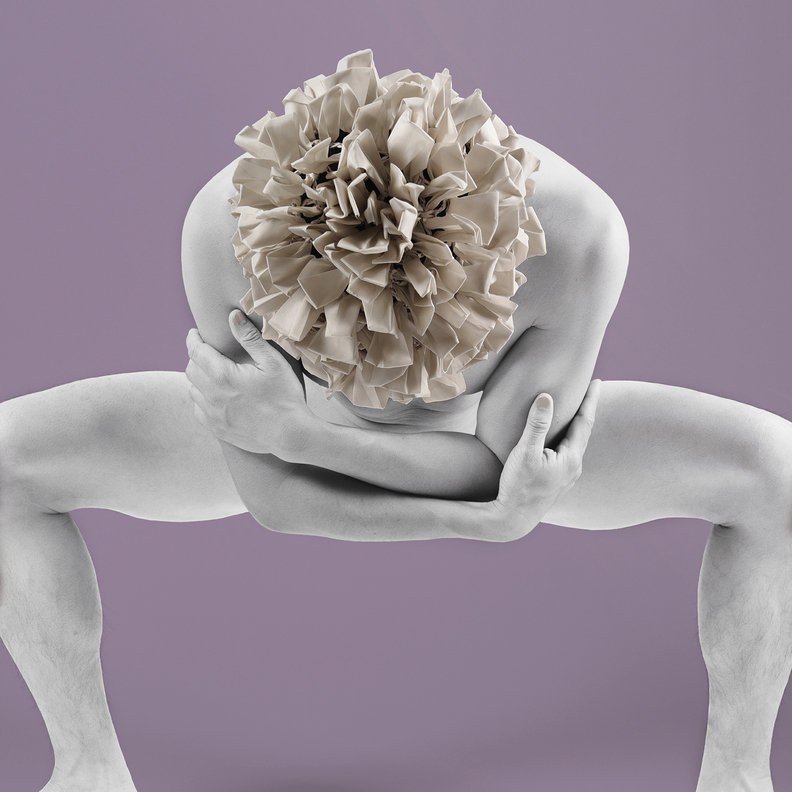 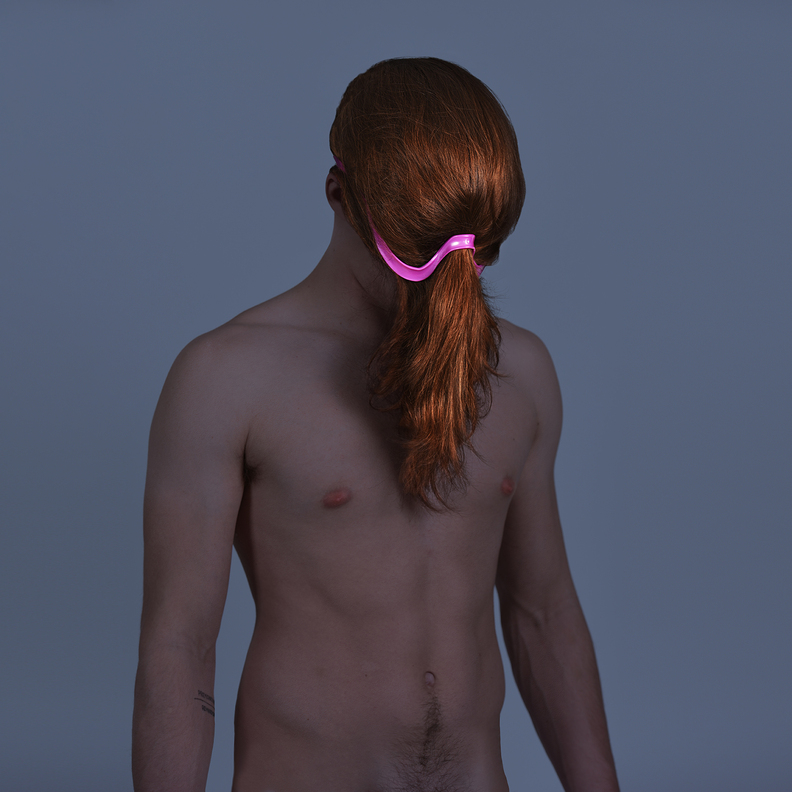 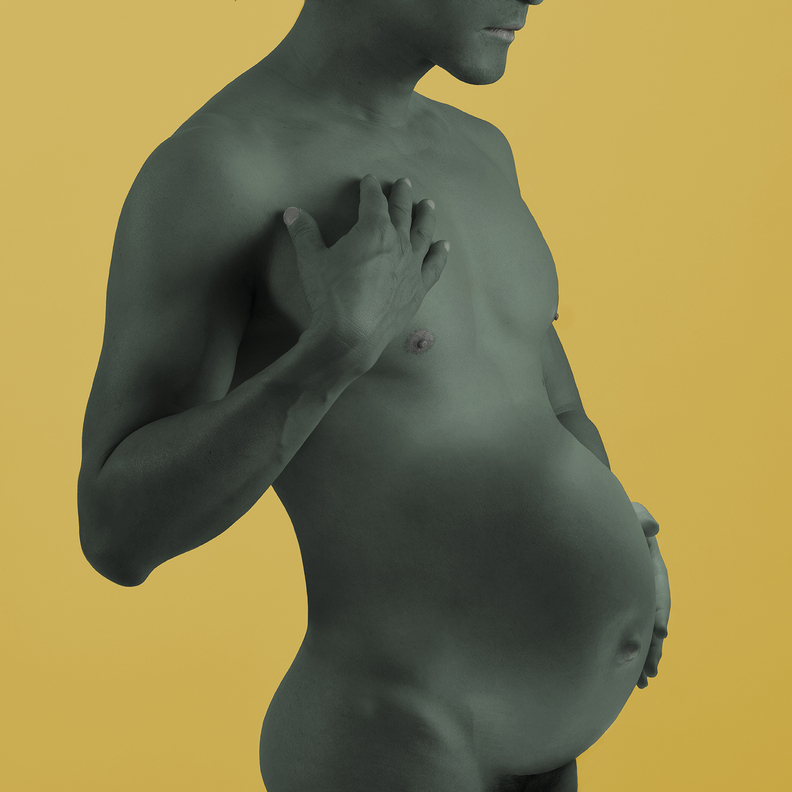 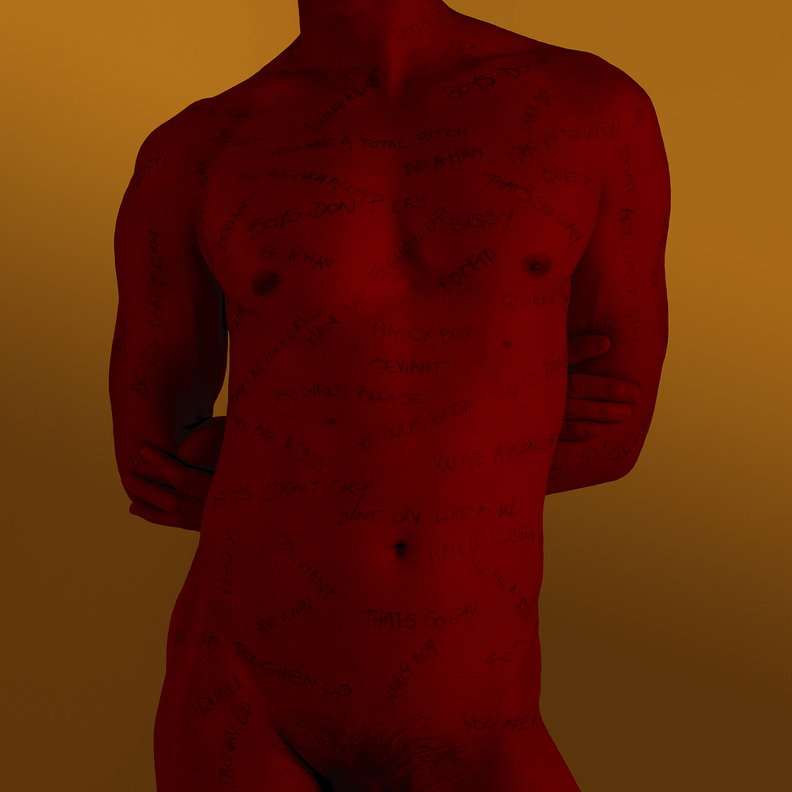 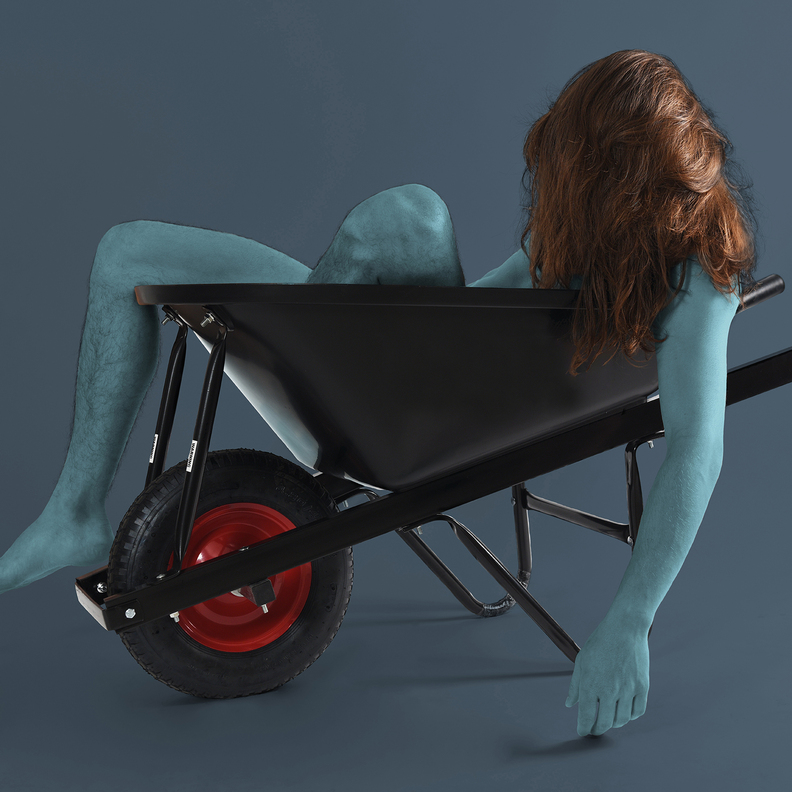