Christophe Canato’s work, Malapropism, examines the male body as a place in which struggles for power are enacted. In his depiction, the body becomes a place of anxiety rather than affirmation.

The male body defined in the neo-classical tradition of sculpture remains the archetypal model of the western mass media’s superheroes and Disney’s princes.In its media form it is not just an abstract aesthetic notion, it becomes an embodied lesson that teaches cultural and social practices. Away from the dreadful flesh tearing reality of the male dominated arms industry, in the discursive public arena the male body is principally engaged in symbolically exerting force over other humans in the sports field. Fictional, ideal representations such as Iron Manare often a synthesis of man and machine able to transcend the laws of physics in their individual endeavours. In this way the body’s image becomes productive of power, not merely a symbolic representative of it.

The idea of the intrinsic authority of masculinity is challenged in these works. The artist does this by making the body‘s adornments (made from re-fashioned medals and symbolic of power) sit in an unstable metaphorical space, an action that ultimately questions their legitimacy. In drawing from global sources for symbols of success and status, the artist’s intention is not to appropriate from a position of power but to indicate equivalences, detoxifying the body while critiquing its European history by insisting on similarities and not differences.

These decorated bodies are representations of the power of performative gender. The contemporary, idealised male body is a gendered object of power and tattoos are still significant markers of masculinity in late capitalist consumer society; an affirmation of supposed autonomy, a marker of independence. Canato’s masked, tattooed man exposes this fiction. The body has its inked markers of sovereignty and the mask’s features stress rank and success, but the intimate authenticity of the individual - our increasingly crumpled faces that change over time reflecting our lived physical reality - have been hidden behind a mask that is the antithesis of flesh. This mask proclaims identity by acknowledging the forces that organise and define our social being, drawing a veil over our personal reality. Itasks the questions, ‘what defines who we are? Who has defined what I should be?’.

The artist's investigation of the body undermines our cultural expectations by a simultaneous naming and un-naming of what it is we think marks the male's place in a collapsing, globalised, consumer culture. By using hybrid images that cannot exist autonomously but have to be placed into a new cultural context to have meaning, these images force the viewer to move endlessly between what the bodies both denote and connote. In this way, Canato’s re-naming of parts brings to mind the irreconcilable nature of contemporary male existence in Henry Reed’s poem Naming of Parts, where Reed describes a moment in war-time rifle training through an alienated relationship between nature and nurture.

These images take our assumptionsof what is objective, rational and incontestable about masculinity and challenge it by exposing its contradictions, collapsing existing meanings, fracturing the supposed unity of what we know, and forcing us to painfully reassemble what we assumed was natural and coherent. 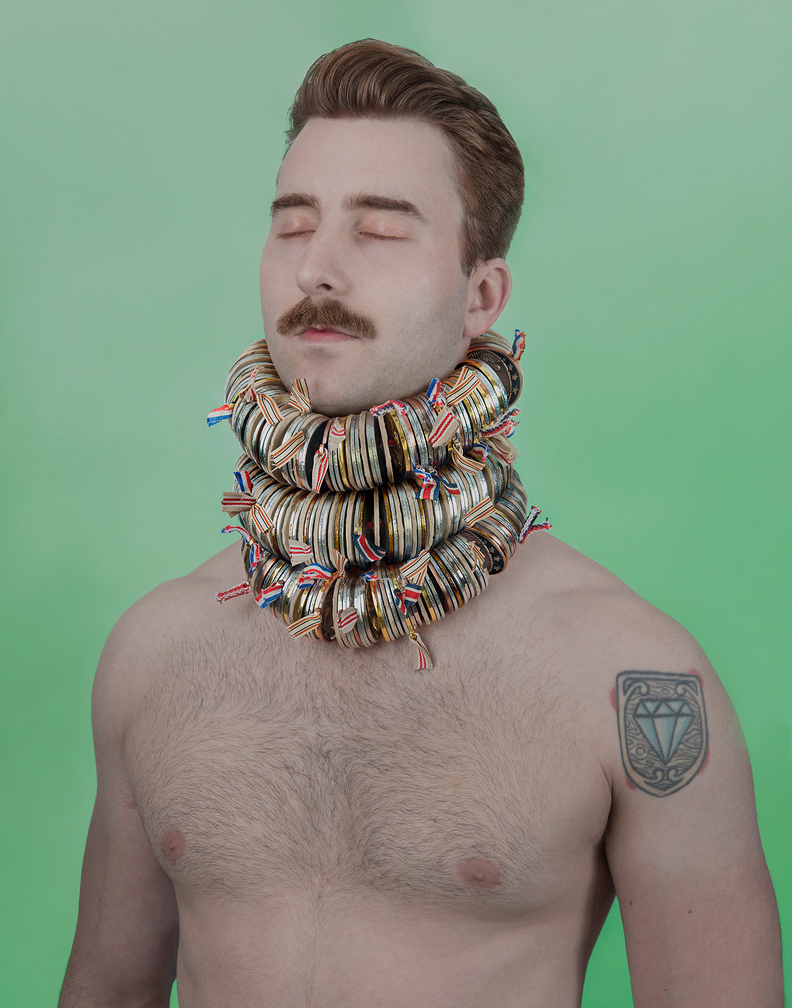 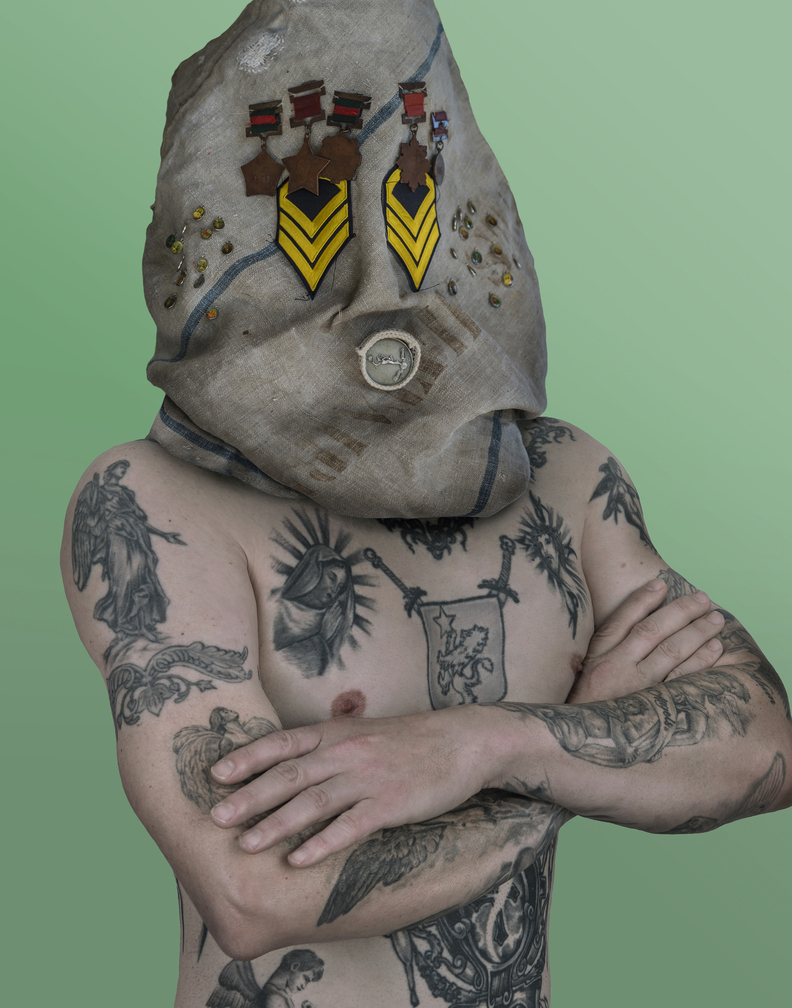 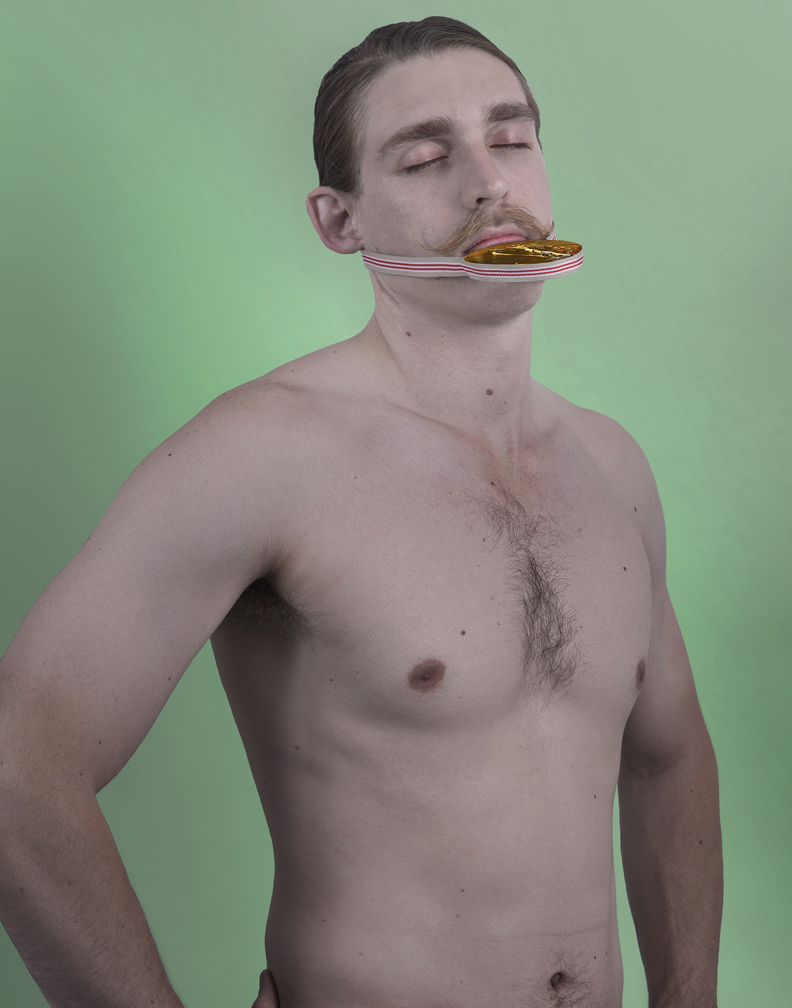